Years ago, it was not uncommon to hear friends say “I’m off to my hot yoga class;” but to hear them say, “I’m going to practice some goat yoga,” will likely make you say, “Wait – what? Did you just say goat yoga?” And it doesn’t stop there, yoga has expanded to such a point that you can add beer yoga, cliff-side yoga, aqua yoga, and even dog yoga (or Doga as it’s called) to that list.

Yoga is a great exercise and practice for your mind, body, and spirit. So, it’s no wonder that we want to incorporate it with our other hobbies and interests. If you’re curious about some of these newer yoga styles but feel a bit unsure about what they entail, have no fear, let’s take a deeper look at what is involved in each. 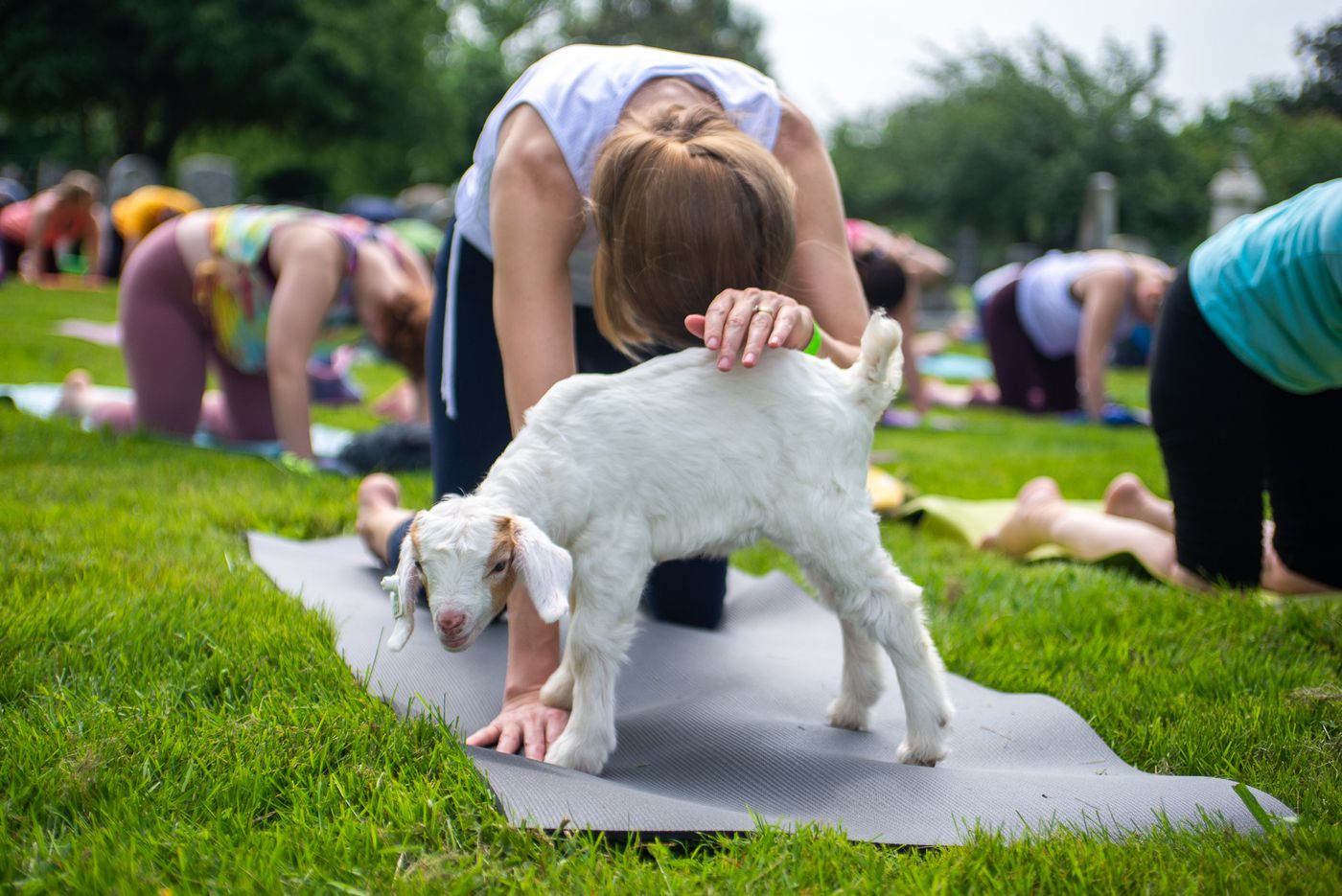 Essentially as it sounds; a newer craze where yogis bring their mat to a farm, lay it in the hay and –ahem – whatever else may be there and get their yoga on. Goats are free to roam around you and may decide to lie down beside you; or in some cases, jump up on you while you are holding your downward dog.

What should you expect if you decide to try this style? You may be required to sign a liability release form. After all, goats aren’t known for being the most docile; and you might not like the smell which could become distracting. Goats are sometimes brought around to calm horses, so you can imagine that they may have the same effect on you.

I don’t know about you, but for me, this is definitely one that I am interested in trying. Originating from Germany, this new yoga has come overseas and is likely here to stay. It incorporates yoga poses with the holding of a beer. Your mind is expected to focus on the beer that you are holding, even smelling it during the practice, all while gaining the essence of the beer.

Some may like the idea that a little alcohol helps remove their inhibitions, and makes them less shy and more likely to try new things – although the point is not to become intoxicated from this unique practice. The only requirement to practice this style of yoga is a valid proof of legal age.

If you thought keeping your balance in half-moon was difficult, then I have a challenge for you. This style of yoga, popular in China, requires you not to be afraid of heights and be willing to push your yoga abilities to new limits.

It can either be practiced on a clear platform that has been integrated into the cliff, or on tightropes with other ropes above to hold onto for better support. If you are the type of person who likes extreme sports – skydiving, bungee jumping, and the like – then this may just be the yoga challenge for you.

A little more on the mellow side, especially compared to cliff-side yoga, this style allows the yogi to perform his or her practice in the gentle surroundings of water. This helps create a low-impact exercise, as well as create buoyancy for your body since it relieves the strain on your joints while allowing you to strengthen your body.

This one is for the yoga lovers who also think the world of their dog. When one’s passion for animals and the passion for yoga come together, you get what is called, Doga. Many may have already experienced this type of yoga if they have practiced it at home with their favorite pet around, but this entails a little more interaction with their dog, like massaging them.

Yoga with your dog may be distracting so it’s up to you if you’d prefer to keep the two separated from one another. Besides, you may feel that since you frequently experience this at home, then why would you bother to pay for a class that involves the same thing.

Whatever the style of yoga you prefer, it’s nice to know that more people are willing to try it because of the new angles that are being put on it. If you are a yogi who prefers the more traditional style, then these new twists may not be for you, but remember with yoga an open mind is a necessary instrument to have.