Pilates was developed by Joseph Pilates in the 1920’s and was inspired partly by yoga movements as a way to encourage healing after injuries. It is focused purely on physical conditioning, although some people report that there is a mindfulness element to it that reduces stress and encourages contemplation and self-awareness. This effect is secondary however, and not a part of the system in the way it is naturally part of yoga.

In contrast to this earthlier purpose and mindset, yoga originated in India and is thought to be thousands of years old. The original purpose of yoga was to train the body to elevate the practitioner into a state of self-awareness that would promote spiritual development. Yoga was fundamentally important to religious practices in India, and although much of that has been abandoned in western practice, most forms of yoga are focused primarily on the mental components and secondly on the physical elements.

Both forms of exercise work on stress relief, flexibility, and muscle control with a series of gentle movements. However, Pilates has a strong focus on core strength and the strengthening of specific muscles. In contrast, the focus of yoga is on flexibility and all over muscle strength. Movements in yoga are often long and flowing, involving the entire body whereas a lot of Pilate’s movements are more focused on a single area.

One important difference between yoga and Pilates is the equipment used to enhance the exercises. Pilates was designed to work in conjunction with equipment that the inventor called the apparatus, with many of the moves performed against resistance created by this apparatus. In contrast, yoga is mostly performed without any equipment, relying on body strength and gravity to provide resistance. In recent years, equipment meant to aid in yoga practice has been added, but this is a recent movement and not fundamentally part of the system. How you breathe is a fundamental concern in yoga. In order to relax the body and train the mind, the breath is used to encourage and reduce stress. Concentration on the breath as a form of meditation is an almost universal technique with this system, and most yoga poses come with strict instructions for how to breathe correctly throughout.

In contrast, Pilates is focused on the physical movements. Because of the concentration on core strength, the belly is often held tight and thus, breathing appears shallower and concentrated in the rib cage. There usually is no meditation in Pilates and no focus on the breath as a way to focus and elevate the mind.

Both yoga and Pilates are gentle forms of exercise that can have very specific benefits for those who practice them regularly. Although they are different, they work together well and can have a complimentary effect if used to promote overall health, strength, and fitness. 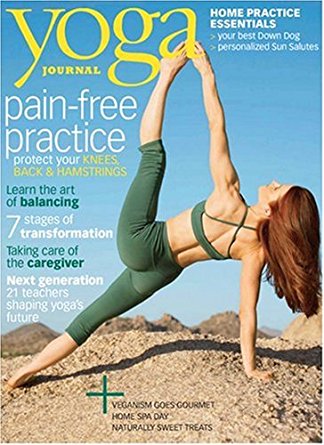